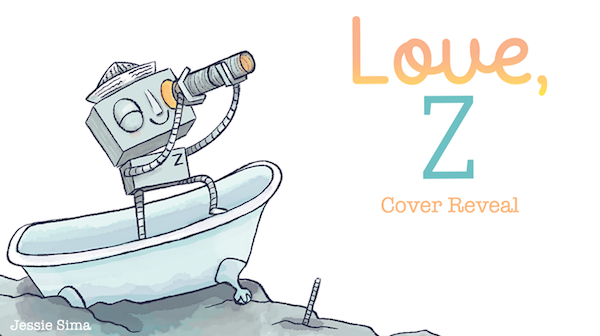 I’ll admit it, I haven’t talked very much about my next picture book that I both authored and illustrated, Love, Z. With Harriet Gets Carried Away having just come out in March, and the publication of Snow Pony and the Seven Miniature Ponies on the horizon, things have been super busy. But Z shall be ignored no longer!

Love, Z is a book about robots. Specifically, a young robot, named Z. It’s also a book about love, and Z’s quest to figure out what love is. Since Z goes off on a quest, my art director, editor, and I wanted the cover to hint at parts of that adventure.

Here are the roughs I started with:

We decided to move forward with the version that included the other robots. They are an important part of the story, and having them there made everything feel cozier. From there, we simplified the layout, brought Z to the front, and made the cat character more prominent: 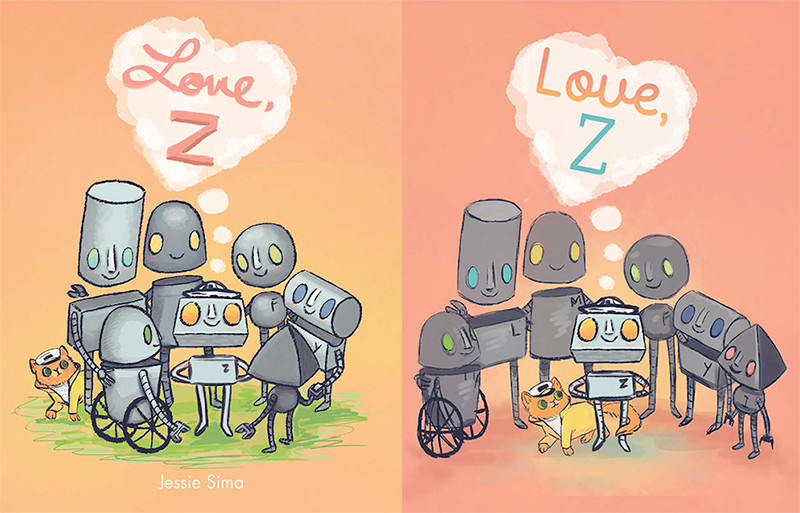 Then, all that was left to do was a little polishing.

So, without further ado - I present the cover of Love, Z: 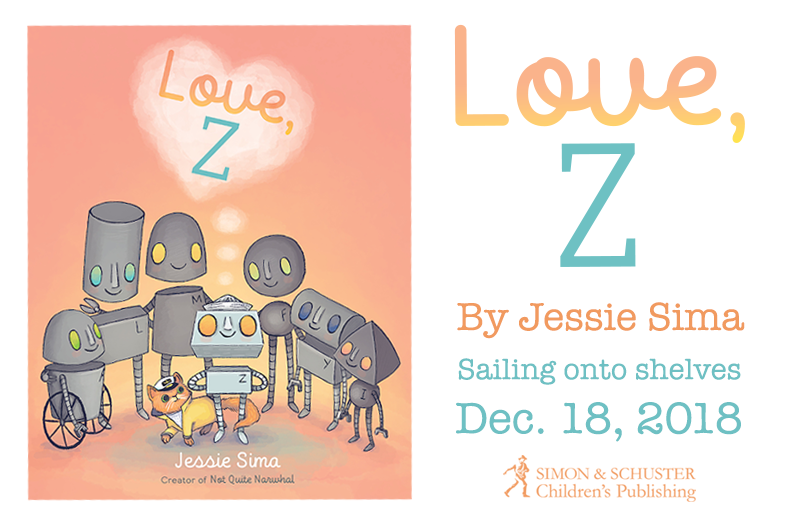 You’ll be hearing alot more from me about Love, Z in the near future. I’m excited to go on this adventure with you!